The Beijing Galaxy SOHO was designed by Zaha Hadid with Patrik Schumacher and started its construction in 2009. Galaxy Soho contains an office, retail, and entertainment complex for the heart of this great Chinese city- matching its grand scale.

There are four towers that are connected to each other with a sequence of stretched bridges.
Galaxy Soho reinvents the great interior courts of Chinese antiquity to create an internal world of continuous open spaces.
There are 18 floors in total, including three below ground, with retail units surrounding the courtyards on the lower levels, offices from floors four to 15, and restaurants and bars at the upper reaches.
The overall building composition was influenced by the Chinese natural landscape as the complex looks like a large central canyon while its horizontal planes celebrate the characteristics of the local terraced rice fields.

The Beijing Galaxy SOHO Building is considered one of the most controversial structures in China. Some critics harshly viewed the shopping complex as destruction to the local architectural urban fabric as it stood out like an eyesore. This is because the architectural style of the Galaxy SOHO building is considered postmodernism which forms an outstanding contrast with the surrounding vernacular architecture around the site in Beijing. Beijing is widely recognized for its preservation effort for its humble local architecture such as Traditional Alleyways known as Hutong and Courtyard Houses termed as Siheyuan.

Each tower has 2 cores for vertical movement. There is an open atrium in all four towers. Atrium is semicovered with glass on the 3 floor where the last retail floor ends.

Fire exit staircases from below ground level are situated at the boundaries of the basement and these staircases open in the pathway around the tower.

On upper floors (above the retail floors) the service staircases act as a fire exit staircase.

Assuming that the prefabricated building parts can only be transported via trucks to the site, the team calculated that 9% of the total curved exterior wall has to be double-sided while the remaining portion will be single-sided.
After discussing with various construction specialists, the ZHA team eventually converted the majority of the exterior curtain wall into single-sided components under the expert’s recommendations as the cost of producing double-sided prefabricated walls will be too expensive.

The Beijing Galaxy SOHO building was designed to incorporate sustainable elements. This resulted in the complex receiving the LEED Certification for its green efforts.

The mall encourages visitors to travel sustainably as seen from the Bicycle storage facilities and preferred parking for green vehicles provided.

The roof has a cooled roofing system that ensures that the microclimate is optimal for the guests to enjoy. Additionally, the complex adopts water-efficient systems that recycle greywater.

The implementation of the system results in a reduction in overall water usage by at least 20%. The Beijing Galaxy SOHO building saves its energy consumption by 14% by using highly efficient lighting fixtures, air ventilation systems, and a double-glazing exterior envelope.

The ZHA team had to select materials that strike a balance between being able to achieve its sculptural aesthetic and being within its budget. The ZHA Team compared various materials including Fiberglass-reinforced Plastic materials (FRP), Glass Reinforced Concrete (GRC), and shipbuilding steel plates via creating samples.
The team decided to use Aluminum and Stone as its final exterior cladding material as these two materials are more readily available with experienced workmanship from the local producers.

The layout of each floor plane contains a void space that forms an atrium for natural sunlight to enter via the skylight. This feature helps to illuminate the spaces within the four domes naturally.
The exterior of the building is clad in aluminum and stone while the interior features glass, terrazzo, stainless steel, and glass-reinforced gypsum.

The bridge connecting the tower has two floors in it as you can see in the exploded axonometric diagram. The roof is supported with a wing and the floor is supported by the belly. The height of the upper floor is less than the lower floor in the bridge.

In the exterior wall, the projection of the upper floor provides shading to the lower floor. On these projected slabs is the drainage channel which drains out the rainwater and doesn’t let it drip through these slabs. These concrete slabs are covered with steel frames and aluminum cladding to give an attractive look. The exterior glass is fixed and behind this is placed laminated safety glass panel. Below these glass panels are the light tracks that illuminate the exterior facade during the nighttime. 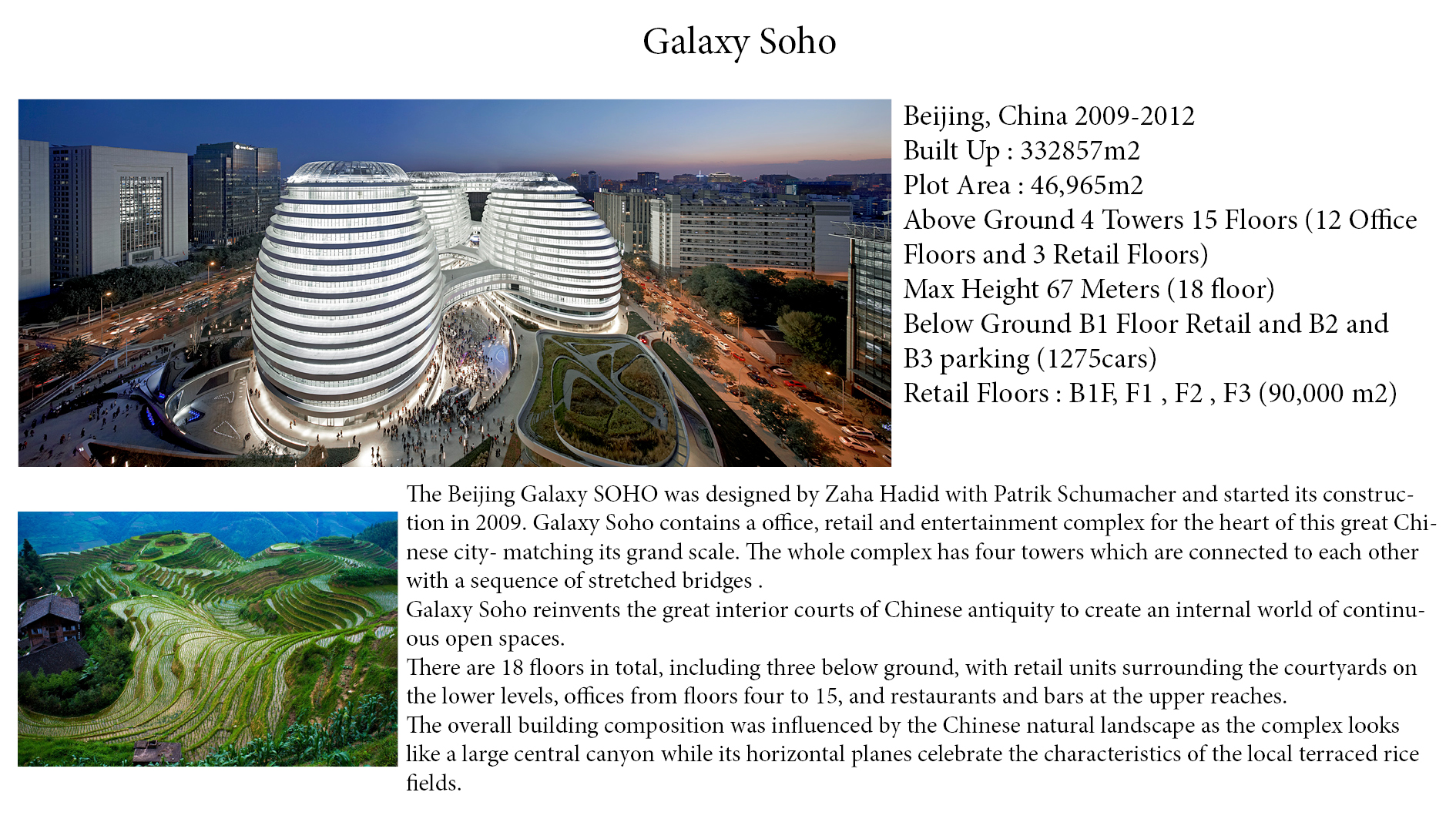