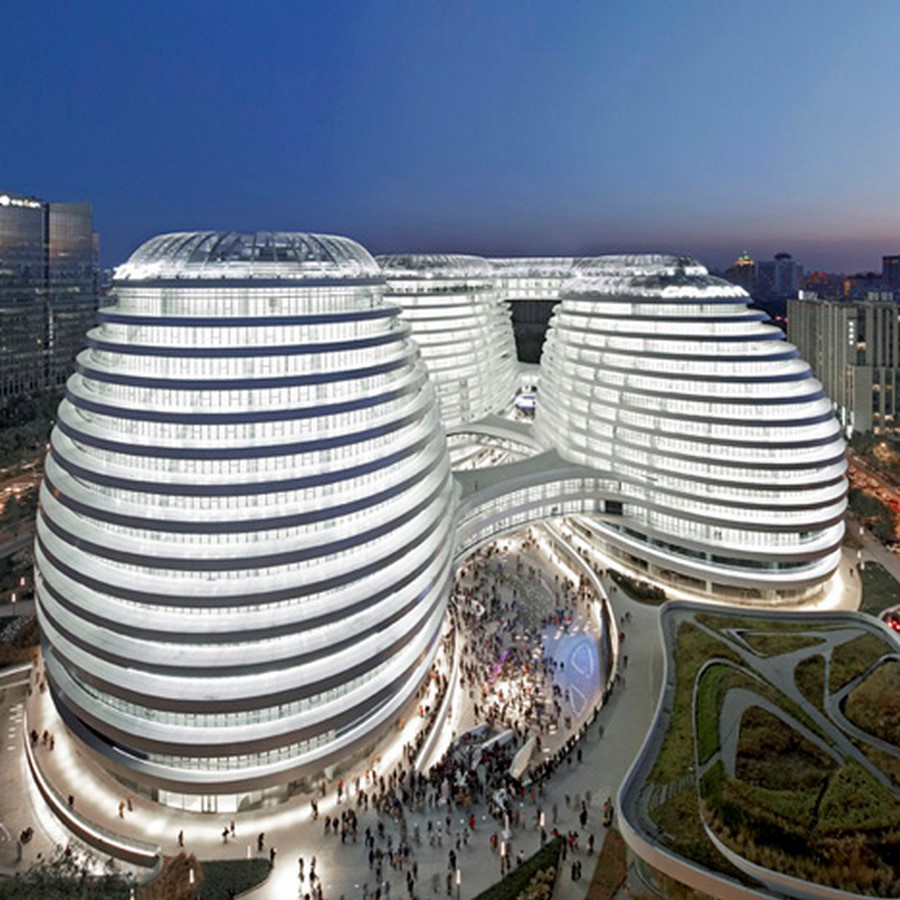 ijing Galaxy SOHO was designed by Zaha Hadid with Patrik Schumacher and started its construction in 2009. Galaxy Soho contains an office, retail, and entertainment complex for the heart of this great Chinese city- matching its grand scale. The Beijing Galaxy SOHO Building is considered one of the most controversial structures in China.